Bologna is for sure super known for its amazing medieval architectures that make her unique, full of history and super fascinating. There are also some modern buildings that intrigued me, made by famous architects who deserve to be known and admired. Here there are, in my opinion, the most curious and fascinating ones! 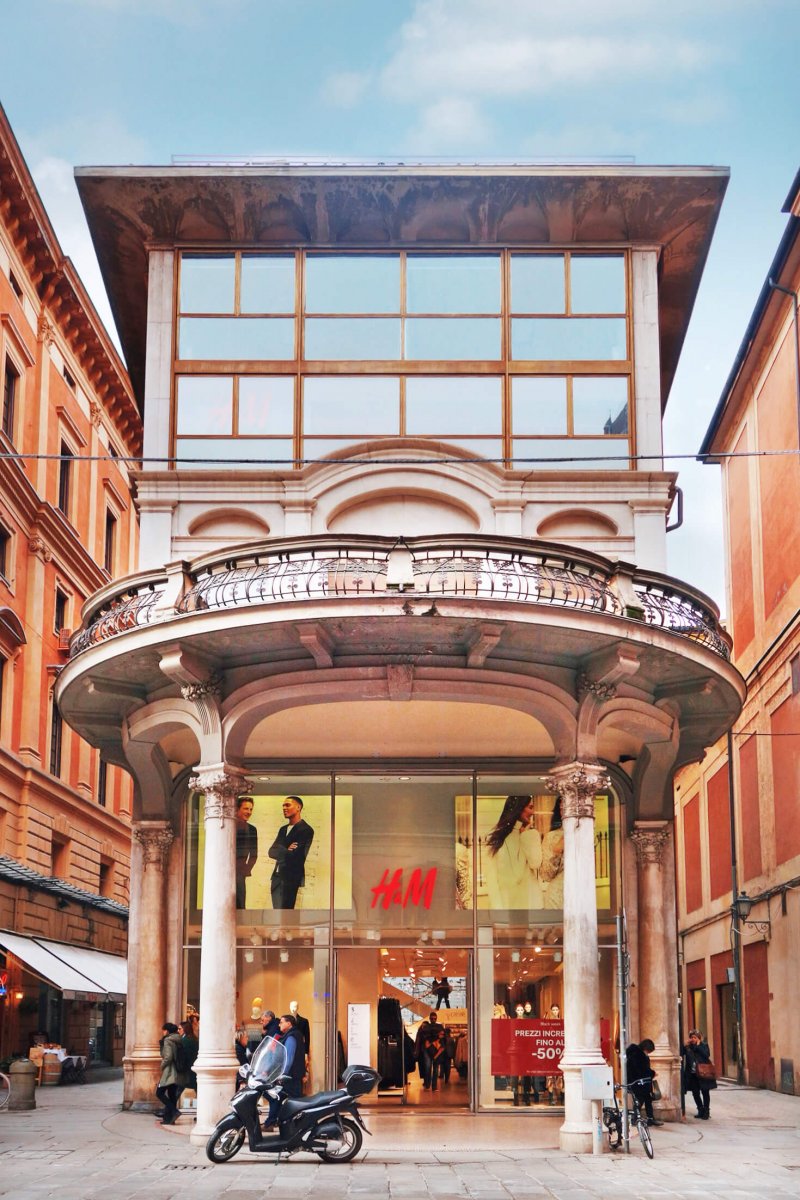 This building has a history that make me dream! This Art-Noveau townhouse was built in 1908 by the architect Sezanne, commissioned by the bolognese chocolate factory Majani. Here there was a laboratory, a bar-patisserie and, at the last floor, a ballroom that soon became a meeting spot of upper class and  famous visitors that maybe were sleeping at the near luxurious Baglioni Hotel. Think that at their lovely terrace they usually held live concerts with a little orchestra… wowwwwwww! How I would like to have a time machine and go back  to one of those nights! The building was then sold and became home of a bank and nowadays of a H&M’s store… can I tell it? What a shame! We want back the bar/patisserie/ ballroom!!!

In the ’70 the Bologna’s trade fair buildings was commissioned to the worldwide famous architect Kenzo Tange. His project was inspired by the medieval architectures of Bologna, creating 7 tall and immaculate white tower, that reach also 80 meters. There were lots of polemics around them, being so different and modern compared to the other bolognese buildings; in my opinion they are rich of fascination, especially on a blue sky on a sunny day! 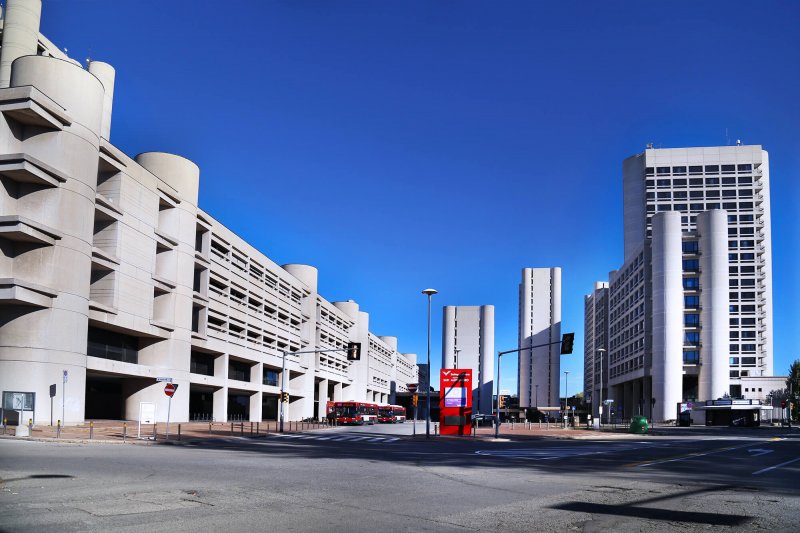 I remember I have always been looking at that shop in via Altabella with those strange windows, but I have never known the story behind it! This building was commissioned from the bolognese entrepreneur Dino Gavina to the famous architect Carlo Scarpa. With its curious windows that seem like a binoculars and particular interiors with a fountain in the middle, it’s a really unique structure! Unfortunately it has had an unlucky destiny and after having been home of a toy shop, it was abandoned and it’s open only for special occasions. I hope they will give it a new worthy “life” because it really deserves it! 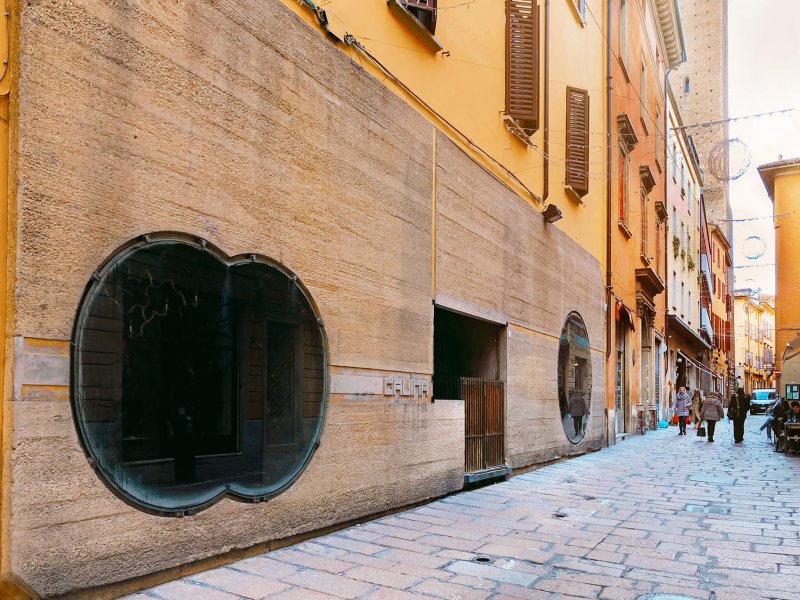 This building, located in the Bologna’s fair district, is a perfect replication of the one ideated by Le Corbusier and Pierre Jeanneret for the Universal Exposition of Paris in 1925, that was then destroyed. In 1977 some architects, on the occasion of SAIE fair, decided to replicate that curious building; in 2017, in honor of its 40 years of life, the pavilion was renewed and it hosts events and expositions. I really like its interiors where you really feel in another time and I LOVE the hole in the structure for the tree!!! 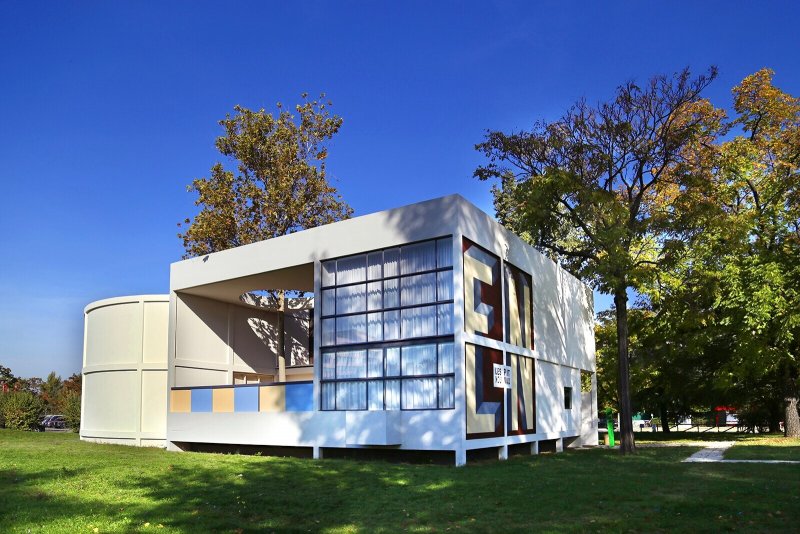 To discover Bologna with super interesting and also personalized tours, I suggest you to book via Musement, the platform where you can find lots of lovely options! Click and discover them here:

Let me know if you are also super fascinated by these buildings and what’s your favorite one! 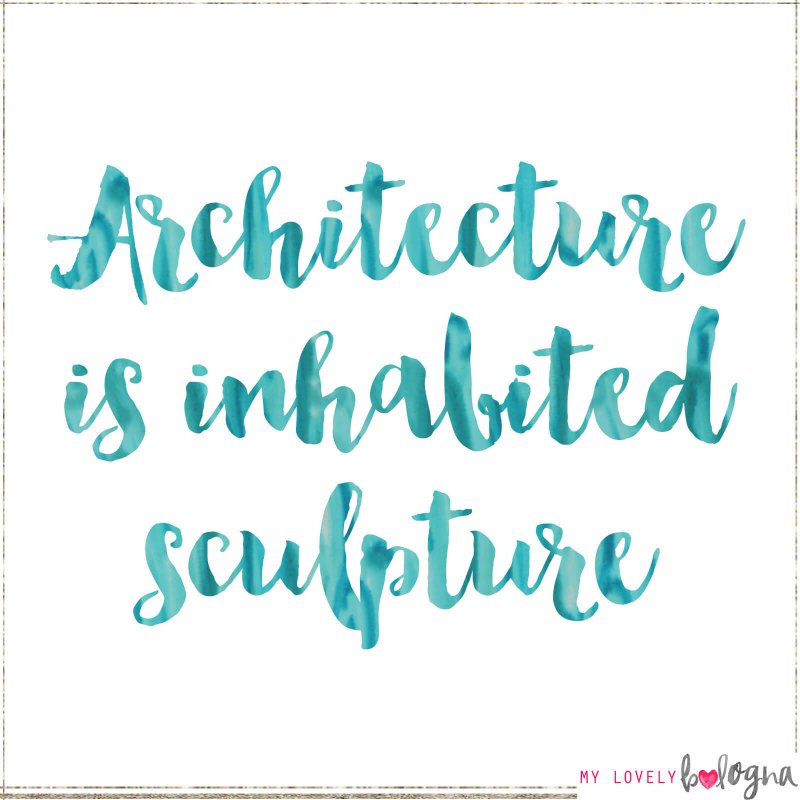